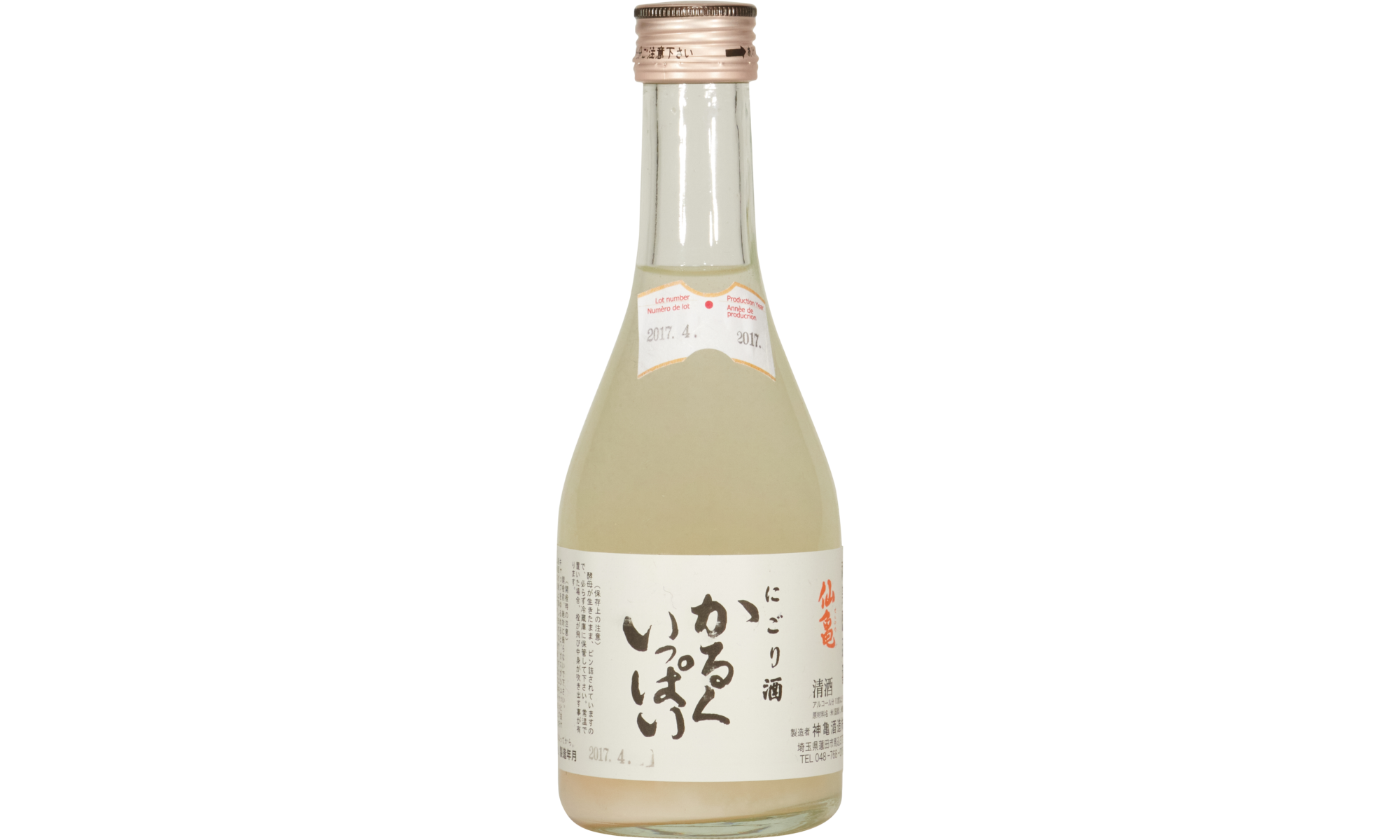 Be careful at the opening, it will backfire. No tradition in it, the idea is the same as everywhere, the bubbles !!! This type of sake was invented by Yoshimasa OgawaharaYoshimasa Ogawahara 1946-2017 the man who revived traditional sake in 1967, known as "Junmai". His sakes are masterpieces. If you like sake, you must taste them. in 1969. Contrary to its big brother shinkame junmai sparkling, it is a very easy sake with a nice lactic acidity. It is drunk without thinking, 10° of alcohol, light and fresh.

Be careful at the opening, it will backfire. No tradition in it, the idea is the same as everywhere, the bubbles !!!This type of sake was invented by Yoshimasa Ogawahara in 1969. Contrary to its big brother shinkame junmai sparkling, it is a very easy sake with a nice lactic acidity. it is drunk without thinking 10° of alcohol, light and fresh.